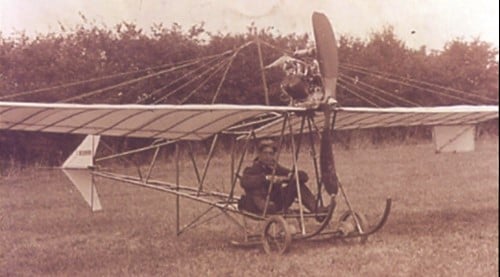 The very first aircraft to take off from the Southampton Airport site belonged to local man, Edwin Rowland Moon. Edwin made and tested the Moonbeam II aircraft on the North Stoneham Farm Meadows - a single seat monoplane. No one is entirely sure where the first aircraft, Moonbeam I, departed from or landed.

Stoneham Farm was requisitioned by the War office as an Aircraft Acceptance Park in 1917 but before completion, the base was given to the US Navy to develop an assembly area.

In 1918, The Air Ministry gave approval to set up a civil air transport system to serve both international and domestic routes with direct flights to Plymouth, London, a French port, Bristol and Bournemouth via the Isle of Wight.

The Hampshire Aeroplane Club moved operations to the Southampton Airport site from Hamble in 1933. One famous member was RJ Mitchell (pictured above), the aircraft designer responsible for the Spitfire. 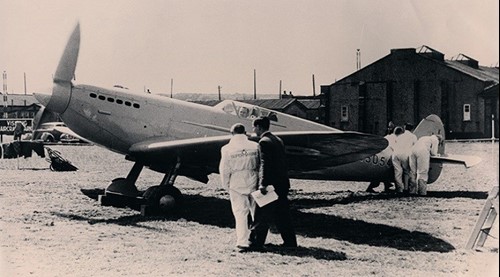 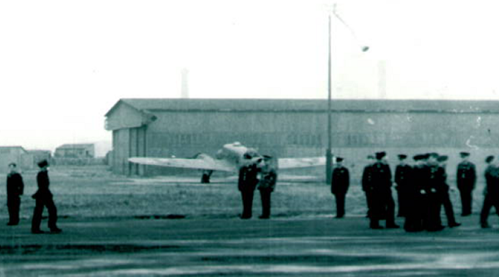 RAF Southampton was recommissioned as HMS Raven and subsequently spent most of the war in a ground and air training role for the Royal Navy. In an attempt to disrupt the assembly of aircraft, sporadic raids were made on the airport. However, German propaganda did not quite get it right when reporting HMS Raven had been sunk! 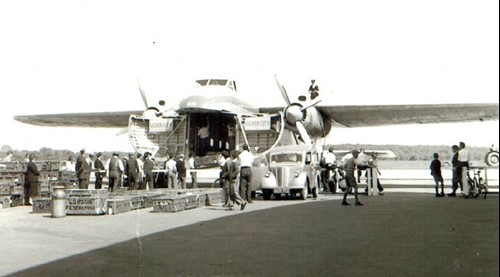 In 1945, regular air services to the Channel Islands resumed marking the return of the wartime aerodrome to a municipal airport.

By the early 1950’s, Southampton was one of the busiest airports outside of London.  In 1951, Silver City began car 'ferry' operations to Cherbourg using The Bristol Freighter aircraft (pictured) 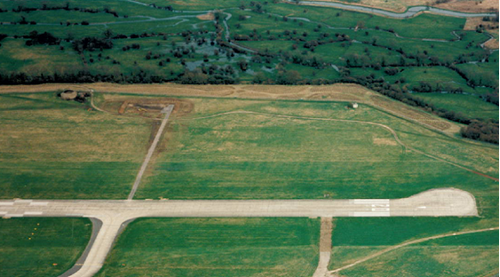 Mr J N Somer, at the time the owner of an airfield in Hertfordshire, secured the future of Southampton Airport when he purchased it from Southampton Corporation. A number of improvements were made, including the construction of a 1723-metre concrete runway. In the first year of operation with the new runway, 273,247 passengers passed through the airport - four times more than the previous year. 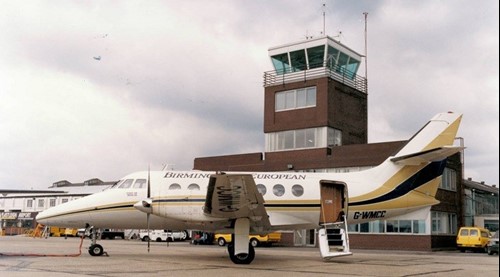 An economic slump led to a reduction in passenger numbers. Nevertheless, a new air traffic control tower was built and surveillance radar installed. 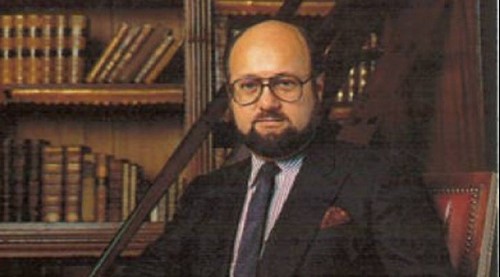 In 1984, Airports UK Ltd, a wholly owned subsidiary of BAA, was appointed to manage the operational activities of Southampton Airport and set about improving the facilities and attracting new services.

A consortium headed by Peter de Savary bought the airport site from Mr Somers in 1988 and applied for planning permission for the complete redevelopment of the airport. 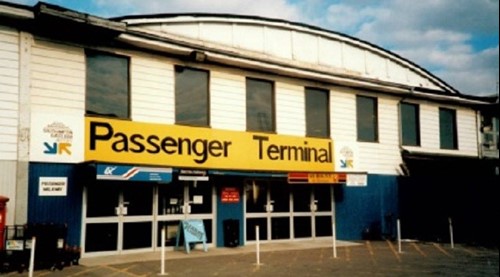 BAA purchased the site, announcing its intention to invest £27 million in the complete redevelopment of the airport. 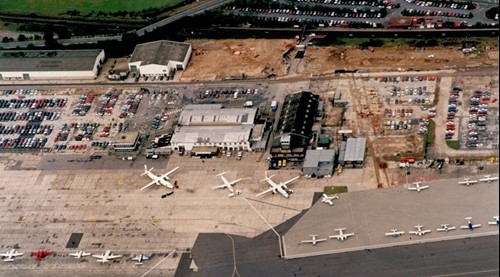 Detailed planning permission was granted and construction of the new terminal began.  A new air traffic control tower is built. 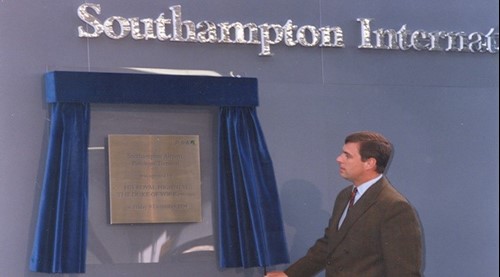 The airport was renamed Southampton International Airport and the new passenger terminal was opened by HRH Prince Andrew, The Duke of York. The work took 56 weeks to complete.

The old terminal building was demolished. 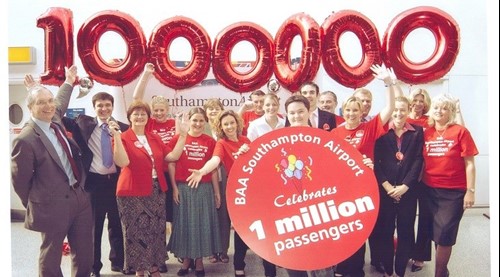 Southampton Airport celebrated the historic milestone of one million passengers in a year. 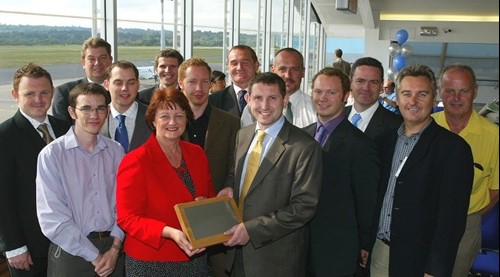 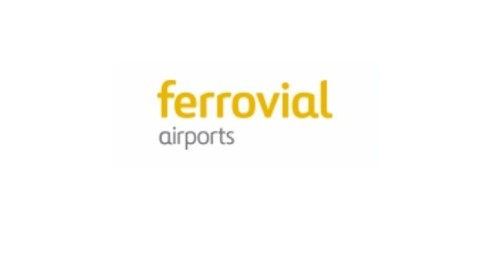 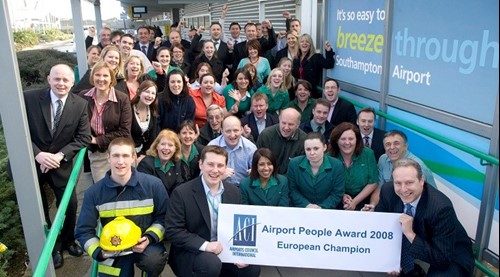 Southampton Airport was named the European winner of the ACI Airport People Award 2008, for developing a strong customer service culture across the entire airport community.

The airport nearly doubled their check-in and baggage facilities with an investment of over £3 million. 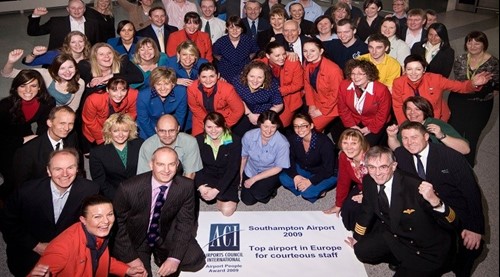 Southampton Airport was named as the European winner of the ACI Airport People Award for the second year running. 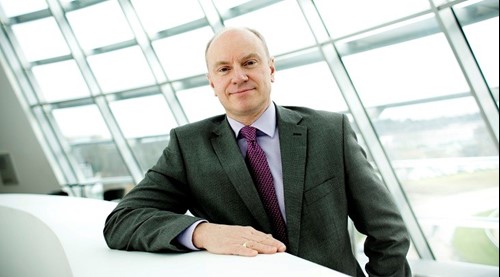 Dave Lees was appointed as Managing Director of Southampton Airport. 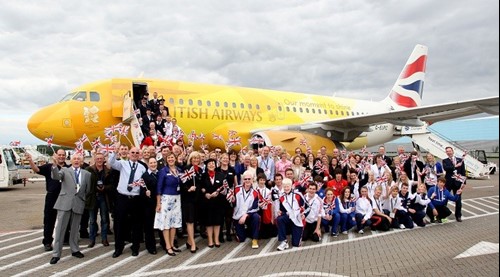 The Olympic Flame visited Southampton Airport as part of the torch relay for the 2012 London Olympics (image courtesy of the Southern Daily Echo).

Southampton Airport was awarded the Airport of the Year Award by the European Regions Airline Association. 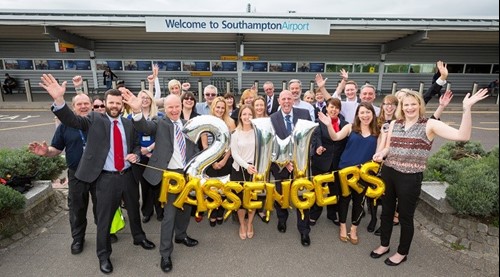 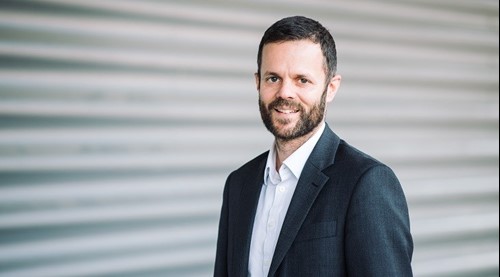